Boy from Wisconsin saved by liver donation from nurse 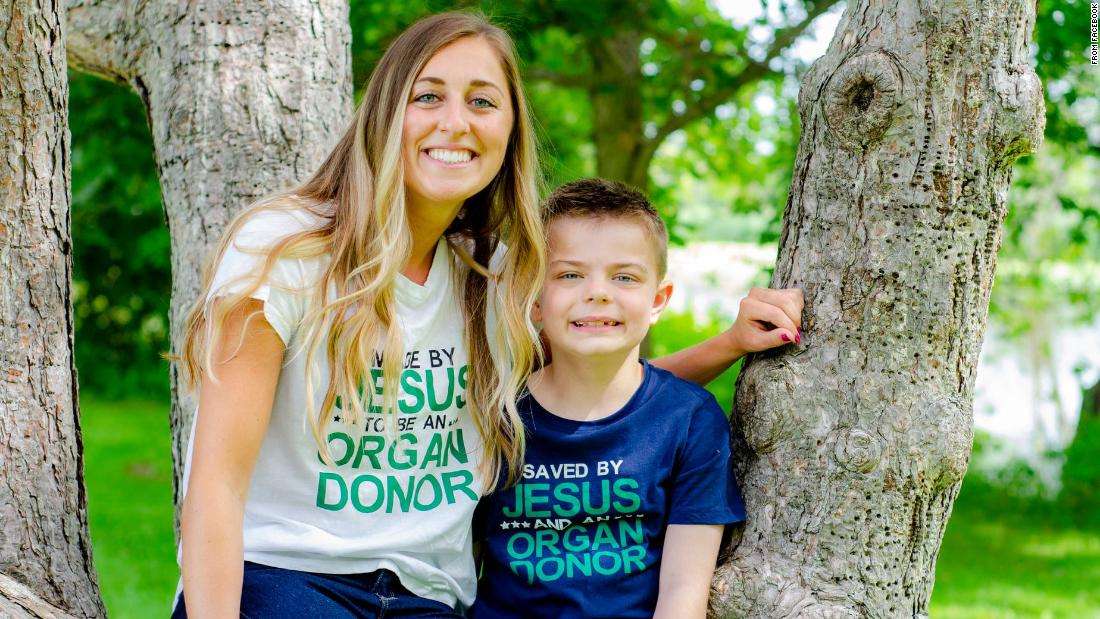 By Allen Kim, CNN
Houston flooding: Barges strike a bridge, hundreds of drivers stranded
Climate strike: Students protest in major U.S. cities
As a nurse in the transplant intensive care unit at Froedtert Hospital in Milwaukee, Cami Loritz is used to treating patients, not being one herself.

a girl standing in front of a tree: Cami Loritz volunteered to be a living liver donor to save the life of Brayden Auten.

© From Facebook Cami Loritz volunteered to be a living liver donor to save the life of Brayden Auten.
But when she learned that she was a match for a young boy with irreversible liver failure, she made the decision to turn the tables on herself as a caregiver and become a patient.

Brayden Auten, 8, was at elementary school in Wrightstown, Wisconsin, on April 25 when he came home with a stomach ache and diarrhea. His parents, James and Ruth Auten, noticed a yellow tint in his eyes the next day, and they decided to take him to a primary care clinic.

Soon after, Auten was admitted to the Children’s Hospital in Milwaukee, where doctors discovered a mysterious virus that was attacking his liver. Even now, doctors are unable to pinpoint how he got it or what the mysterious virus was, and James says that they “most likely never will.”

Auten’s health continued to deteriorate every day as he fought for his life. Diagnosed with liver failure, the doctors put him on the list to get a liver transplant.

“It was the Sunday after we got there. They finally looked at us, they’re like, ‘We’re bypassing everything. He’s going on the list tonight,'” Auten’s father told CNN affiliate WBAY.

Friends and family members were tested, but none were a match. Loritz, 25, was part of a living donor registry and she found out that she was a match. Luckily for the Auten family, Loritz volunteered to be a donor.

“Since the adult patient population I care for can only receive full organs from deceased donors, I was amazed by the concept that two people go into this alive and two come out alive,” Loritz wrote in an email to CNN. “My dad also donated his kidney to his brother in 2016, and the impact it had on our families was amazing to be a part of and I wanted to do that for another family as well.”

James Auten said that while he and his wife were “overjoyed” to learn that a life-saving match had been found, they were “terrified” because it was a risky procedure.

Unlike your kidneys, which can use a dialysis machine to function, there is no medical device capable of performing the functions of your liver. A liver transplant is the only option for anyone diagnosed with irreversible liver failure.

A portion of Loritz’s liver was removed and transplanted into Auten. As the liver is the only organ that is capable of regenerating itself, both the donor’s and recipient’s liver will grow back to its original size, with full functionality within a year.

The surgery, performed on May 14, was successful. James Auten says while his son hasn’t fully recovered, he’s getting close and he’s happy to go back to school.

While Loritz donated her liver anonymously, she intended to meet with the family afterward as long as the procedure went well.

On May 30, Loritz met Auten for the first time and said the moment was “heartwarming.”

“They make me feel a part of the family. I look forward to it every time!” Loritz said. “Being with them definitely makes the whole situation feel complete.”

While Brayden does not yet fully understand the sacrifice Loritz made and the risks that she took to help save his life, James Auten says that he looks up to her and treats her like an older sister.

“We can’t thank her enough. She’s a true miracle. We consider her one of us, one of our family,” Ruth Auten said.