Cobb doctor needed a liver; she found one a few miles from her home 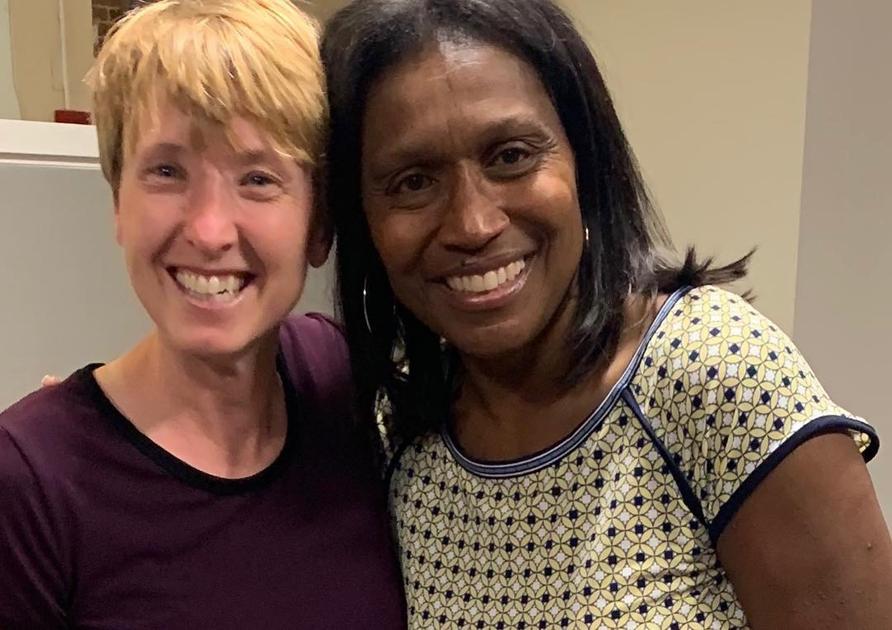 12Dec
THIS LIFE WITH GRACIE  – Oct 24, 2019
By Gracie Bonds Staples, The Atlanta Journal-Constitution

It being spring break, Dr. Carla Neal-Haley was attending a baseball round robin with her son Grant and other members of the Haley clan in Jacksonville Beach, Florida.  There was nothing all that unusual about that. They made the trip every year, but late one evening, Neal-Haley started to feel like she was covered in sand and couldn’t get rid of it.  “I was just itching,” she said.

It’s hard to imagine, but from that moment in March 2011 until this past April, Neal-Haley was itching. All over. All the time.  “It wouldn’t stop,” she said.

That was only the beginning of her problems, but let me back up a bit.  Eight months had passed since spring break. In November, shortly after her diagnosis, Neal-Haley was referred to Emory’s transplant program, where doctors performed a battery of exams and got her approved for the donor list. Because her condition had not progress to cirrhosis, they planned to just watch her.

“You could get on the transplant list, but you couldn’t get high on the list until you were really, really sick,” Neal-Haley said.  Six years later in May 2017, a colleague came across a story about the new Piedmont Transplant Institute, the only currently active adult living liver donor program in the Southeast. Neal-Haley went in to be evaluated and learned she was a perfect candidate for a living liver donor transplant.  That was the good news.

Even though Neal-Haley had been a vegan and exercised for up to five times a week for most of her life, her health had deteriorated. Not only was her cholesterol extremely high, she now had heart disease, a byproduct of her liver condition.

In January 2018, she underwent quadruple bypass surgery to improve blood flow to her heart.

By then, friends and family had kicked the search for a liver donor into high gear. Faye Yost, a neighbor and patient, shared a blog about Dr. Neal-Haley’s condition and, thanks to son and New York Giants cornerback Grant Haley, her story had garnered national news.

Cathie Seibert, an Army vet and assistant principal at Griffin Middle School who lived less than 5 miles from Neal-Haley’s home and about 3 miles from her medical practice, was among them.

When she read about the doctor’s search for a liver donor on Yost’s Facebook page, Seibert was surprised to learn she could even donate.

“I thought donation was from deceased donors, and I didn’t really understand that the liver would grow back,” she said.

She prayed and felt a peace about moving forward. 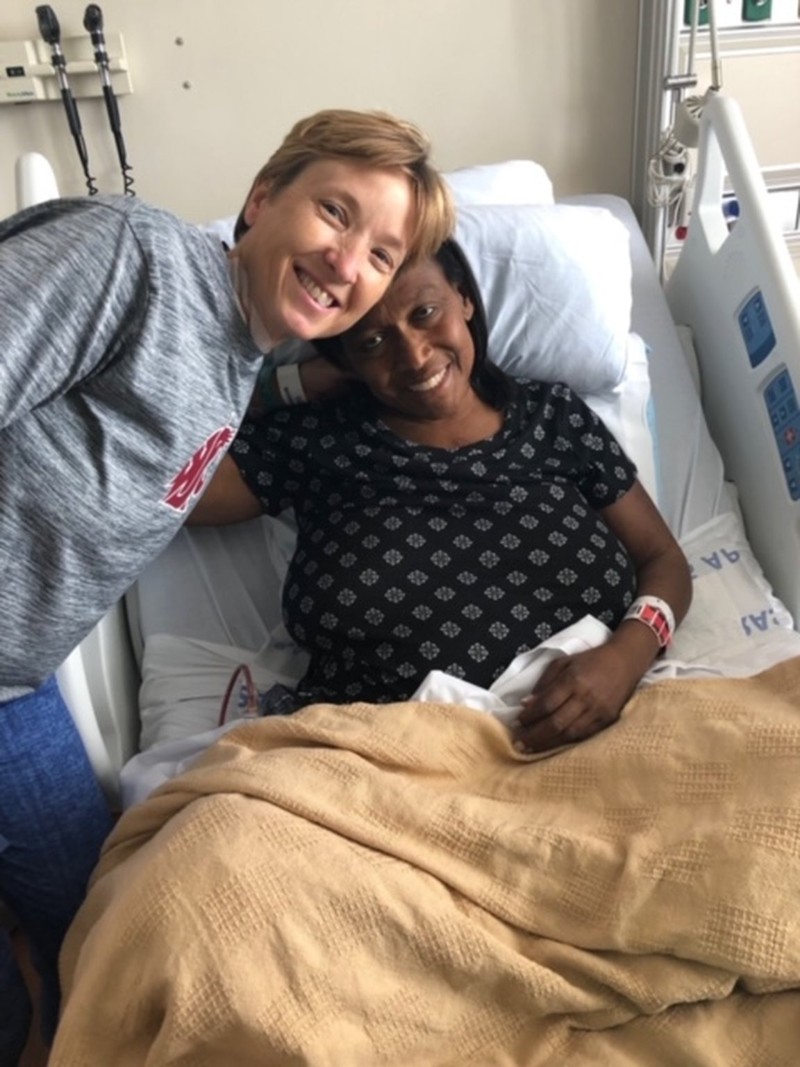 “I know that sounds ‘weird’ but that’s the truth,” she said. “I also asked my husband to pray as this decision would impact his life as my caretaker for the recovery period.”

Tests showed Seibert was a match.

Three weeks later on April 29, 2019, they were in the operating room, where doctors removed about half of Seibert’s liver and transplanted it into Neal-Haley.

Five days later, Seibert was discharged to go home. Three weeks later, she returned to work, just in time to say goodbye to her students. Neal-Haley would soon follow.

Today, the doctor is on a mission to raise awareness about the need for living liver donors.

In 2018, nearly a year before her transplant, she founded the nonprofit Be Not Afraid LLC to save and improve the lives of people facing liver failure by increasing the quality, access, and number of living donor liver transplants in the U.S. She hopes to have a full-scale office open and running by the end of the year, when they’ll have a database to start registering potential donors.

“If you need bone marrow, there is a bone marrow registry and you can match through there,” Neal-Haley said. “If you need a kidney, there’s a registry for that as well. But if you need a liver, you have to wait for an organ from a deceased donor. A lot of people don’t make it.”

According to Dr. Marwan Kazimi, surgical director of liver transplantation at Piedmont Transplant Institute, about 18% of patients die while waiting for a liver transplant, nationally. At Piedmont, it’s closer to 10%.

Dr. Marwan Kazimi, surgical director of liver transplantation at Piedmont Transplant Institute, says that of the nearly 6,500 liver transplants performed annually in the United States, only 300 are from living donors. CONTRIBUTED
Photo: Contributed

Of the nearly 6,500 liver transplants performed annually in the United States, only 300 are from living donors.

As she went through the process of finding a donor, Neal-Haley said it dawned on her that even with medical knowledge and the resources available to her, “I couldn’t get myself out of this mess. I had to wait until a liver became available to me. I probably would’ve died of a heart attack before I got a liver, but that’s the nature of health care. People are not aware of how much of a difference a living liver program registry would make. I realized someone had to start to forge this.”

She pulled together a team and started laying the groundwork. There was resistance. Insurance companies, in particular, wouldn’t support such a venture because the risk was too great to donors and thus might attract lawsuits.

It was her contention, however, that when you’re honest about the risks upfront and educate people about both the risks and benefits so they are able to make informed decisions, people with a heart to give would do so.

Although the primary mission of Be Not Afraid is to raise awareness, Neal-Haley said people can log onto bnafoundation.org to donate money and sign up but won’t be able to complete the process until next year.

Back at her medical practice last week, she marveled at her new mission, creating the first living liver donor registry.

“I just think it’s God’s will,” she said. “He put it in the hands of people he believes can get it done, so here I am getting it done.”