Giants’ new cornerback helps give family the strength to fight 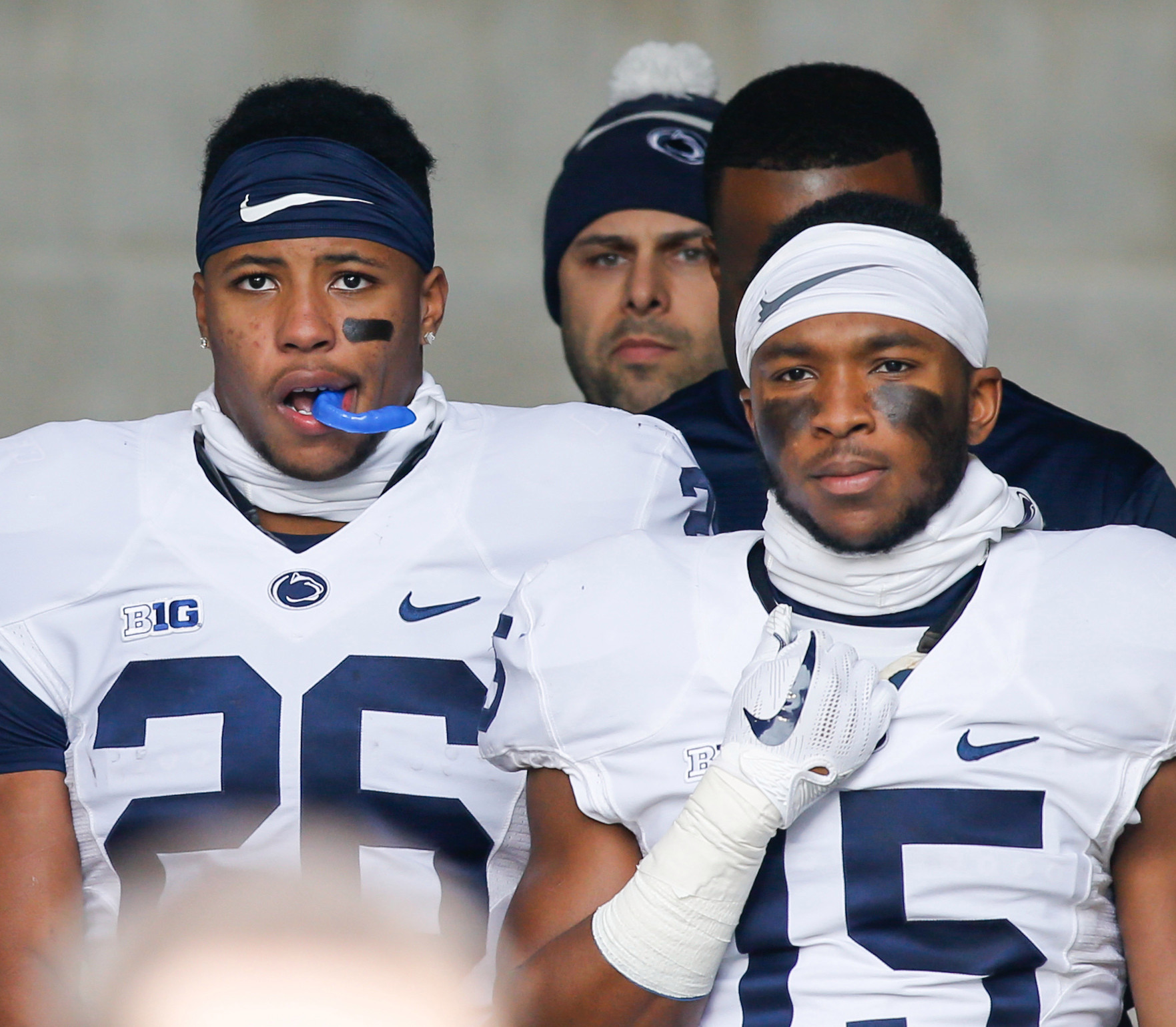 It was Grant Haley’s grandfather who bought him his first pair of cleats, his grandfather who wished he could have played football at Penn State. It was his mother, his grandfather’s daughter, who kept secret for almost six years the rare liver disease known as primary sclerosing cholangitis that led to open-heart surgery and the ongoing search for a liver donor.

Ralph Neal is 78 now, and on Sunday he and his wife will fly from his D.C. home to the Haley home in Atlanta, and let him tell you what the sight of his grandson playing cornerback in a Giants jersey will mean to him:

“I’m going to have to hold my emotions back,” Neal said. “It would be, to me, a dream that has come true. It would be something that I have wanted to do myself, and I was pretty good in football. But I was not good enough to play professional football. And here is my grandson, that went to the same college that I wanted to go to, and now he has completed that college and played four years of college football, and now he’s living my dream.”

Grant Haley was driving back from Penn State with Barkley in the car when he got the call that he was being called up from the practice squad. He called his mother, who missed just four of his college games even with symptoms of the disease that would have grounded lesser women.

“We were just in the car driving back from Penn State this weekend, and I got a call from my agent telling me that I was going to be brought up,” Haley said. “Everyone in the car is freaking, then [I] called my mom and that’s when it got more emotional. And I’m driving, I’m trying not to cry, you got Sa [Saquon] over there like hiding his head, keeping his head down to the side. It was like an emotional moment.”

Dr. Carla Neal-Haley: “I was in Home Depot, and my eyes filled with tears and my heart was just overflowing, and I just started crying in Home Depot.”

Now 53, she had grown up watching Redskins games in the basement with her father (“I was his daughter and son”), she had held a clipboard on the sidelines during games her father coached at D.C. Teachers College, and now she told her son:

Ralph Neal was a health and physical education teacher at the University of District Columbia, and senior high school principal and assistant superintendent for all the senior high schools in the District of Columbia before he retired.

“I was at a meeting with a bunch of retired principals,” he recalled, “and I was on the telephone. I had gotten a buzz in from Grant.”

Ralph Neal: “Is everything OK with your mother?”

Grant assured him there was nothing wrong.

“I’m a no-nonsense person, and tears came out of my eyes in front of all of the principals there, I was so elated by the fact that this is something that he has dreamed about doing.

“There were some tears there, but I held them back as much as possible. On my way home I told my wife about it driving home, and I just cried from where I was all the way home.”

“Anything I ever need for sports, my grandfather was always pitching in money-wise. Even when I called him on Sunday, he was crying.”

Because of her liver disease, Carla — whose husband, Leon Haley Jr., M.D., is a dean at the University of Florida College of Medicine in Jacksonville, Fla. — had to shorten her hours at Genesis Health Care Associates, the private practice she opened 12 years ago in Smyrna, Ga.

“My sleep is really interrupted by the fact that I’m itching all night and just kind of tossing and turning,” she said.

But she wouldn’t quit.

“I have 5,000 patients that are counting on me to help with their health,” she said.

Ralph Neal had suspected there might be something amiss with his daughter.

“I thought it was nerves based on the fact that she was always on the go taking care of the kids, and making sure that she participated in all the kids’ activities,” he said.

Finally, it was time for Carla to come clean.

“I kept it pretty low key, because I didn’t want it to interfere with their ability to do what they were doing,” she said.

So she waited until Grant, who graduated in 3¹/₂ years, had played in the Fiesta Bowl, and her other son Wesley and daughter Nichelle were all together before she broke the unimaginable news.

“We pulled into the restaurant parking lot and I said, ‘Before we go in, we need to have a conversation.’ So we had a family meeting in a car in a parking lot in Arizona,” Carla said, then laughed.

It was no laughing matter. She would need four-vessel bypass surgery the next week on Jan. 9.

Carla: “I told them that we had figured out why Mommy was itching and what had been going on with me for these last few years, and that we had a diagnosis and we have a treatment plan, but it was going to require that I have two major surgeries.

“I’m going to also have to have a liver transplant, but we don’t know how long that’s going to be because I have to find a donor.”

Her optimism gave everyone in the car strength, and hope.

“They wanted the confidence from me that everything was going to be OK,” Carla said. “I said, ‘Guys, I got great doctors, everything’s going to be OK. There’s nothing for you to worry about. What I need for you guys to do is go and go what your plan is to do.’ ”

She had hidden the news all those years from her father, too. He was heartbroken when she told him she would need a liver transplant.

Then the sun began shining through the dark clouds. Her heart surgery was successful. Now she waits for a portion of someone’s liver (DonateLiveLiver@gmail.com).

Giants will put drama aside and give defenseless Falcons fits

“They have 11 people that they’re currently testing to see if they can be a donor for me,” Carla said. “We’re looking for a living donor, so that means I can be called any day: ‘Hey we found your donor.’ ”

Grant Haley: “She’s the strongest woman I know. She really is like a saint, you can ask anybody that’s ever been around her, she treats every child like her own, maybe it’s because she’s a doctor, but I just think that’s honestly the heart that she has. Regardless of her battling through this disease, she still goes to work every day taking care of others.”

She was his soccer coach once, wouldn’t let him play football until seventh grade, celebrated with a champagne and apple cider toast when the 50 or so loyalists at the house were told the Giants were signing him as an undersized but tough and smart free agent.

“Sweetheart,” she told him, “it may not be the route that everybody takes, but you will get there eventually.”

Eventually arrives Monday night. For all of them.